It started as a simple job – replace the cracked headlamp. But ended up as a front end twin headlamp conversion. And wow am I pleased with it.

There is so much I love about the timeless lines of the Cerbera, it truly is a piece of art that has stood the test of time (well almost).

For me, there has always been one big let down, and that is the front headlamps. 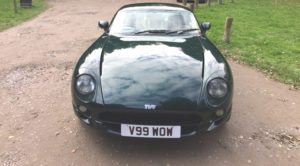 While the rest of the car looks like it could have been designed tomorrow, those front headlamps look like they are stuck in a 60s time-warp – something borrowed from an old MG.

Purists may argue that it is a sin to chop up a classic car and undertake major cosmetic modifications; and I would agree with the spirit of that, apart from a couple of caveats.

On my list of “future things” was a twin headlamp conversion. It’s not an inexpensive job to have done, so I figured I would probably get round to it next year…

So March was approaching, MOT and service time was coming up; just as I was about to book into my local TVR service centre, this happened: 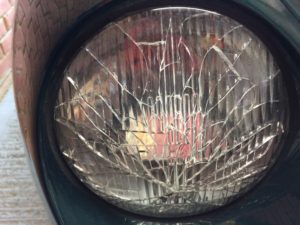 Coasting up to a junction, the car in front kicked up a stone and smashed the headlamp. Ugh.
No problem I thought, how hard can it be to replace the glass.

yeah… so it turns out that not only does the headlamp design come from the 60s, the engineering comes from circa 1860s. 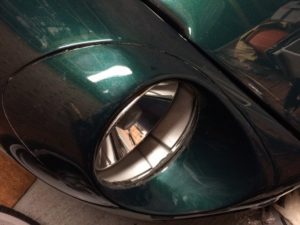 So to replace the headlamp glass, you need to do the following:

You get the idea. It’s just stupid. It looks dated and it is dated. Time to bring forward my future plans..

So I did some research, made some phone calls, ended up speaking with Adrian at Central TVR. What a fantastic chap. 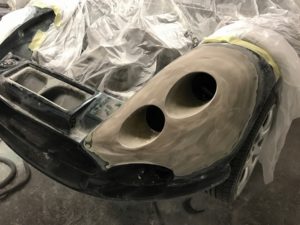 For me it was a no-brainer. The change would be in keeping with my variant of Cerbera, and it would certainly update the look from 60s to current.

The twin headlamps would be all LED and crisp white instead of the yellow candles that the old headlamps delivered.

The conversion would require fibre-glassing new pods in, but without any “joins” further enhancing the flowing lines. And as a bonus it gets a front-end repaint to cover up the handful of inevitable stone chips I had picked up.

The results are nothing short of stunning.