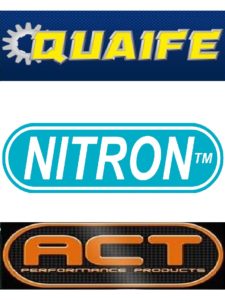 I found myself starting to think about changing the Cerbera for another car – but as you’ll read on, I actually went in a different direction for a very good reason.

If you are a Cerbera owner also considering moving on, I’d urge you to pause for a moment and think why?

I’ll back up a bit.. 14 weeks ago (and yes that’s an exact number I’ll come on to in a moment) I considered this, should I sell the car? – What else would I buy?

It was at this point that I realised that it wasn’t that I necessarily didn’t want to own a TVR Cerbera anymore, it’s that I wanted a different driving experience. That is after all why most drivers change their cars- right?

If you couple this with the many stories of people who have sold their Cerbera, only to shortly regret it afterwards and yearn for another – then it suddenly starts to makes sense.

What kind of different driving experience was I after?

Something faster? A Cerbera is no slouch and yes of course you could get yourself into a different brand/model and go faster, but really? Think about it, this side of a 6-figure car you’d a) struggle to find something in budget and b) to make a meaningful difference it would have to be something quite special and c) let’s be honest, it really is quick enough

Was it the wind in my hair I was missing? No it wasn’t that, there are very few convertibles I can think of where the where the body lines haven’t been compromised to achieve the topless look.

Was it the noise? I’m smiling as I type this, hell no. I wasn’t yearning for that.

So what was it?
Well, I came to the conclusion all I actually wanted was all the things I love about the Cerbera I have now, but with a different feel to it.

One of the buzz’s of getting into a new car, is that you have to learn to drive it all over again.

So 14 weeks ago, my car was in for it’s 12k service; I had noticed 5th gear to be temperamental again. I had had the gearbox rebuilt not long after I bought it because I had lost 5th gear, and I was told it had the “fix” in place to prevent it happening again- I guess these gearbox’s are just a little delicate.

At the same time, a buddy of mine was raving about his new Nitron shocks on his Cerbera – so it got me thinking, instead of changing the car, why don’t I change the driving experience.

CTS (competition transmission services) or Gearbox Man as they are also known, uniquely own the design to manufacture through Quaife a close ratio gearbox both for TVR and Cosworth.

If you read back through my posts, you will see that I considered this once before when I had my box rebuilt, and I dismissed it. Well, I can tell you, I was wrong.
So out came the box. 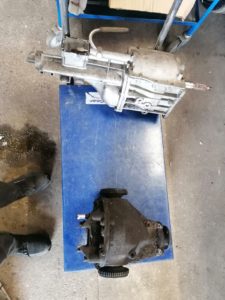 It had been noted that the rear differential bush was split and would need replacing.

So seeing as the diff needed attention, and knowing that CTS can recondition that at the same time, and that I would be sending a pallet to CTS anyway with the gearbox, I figured it made sense to get the diff reconditioned too.

There didn’t seem to be anything wrong with it, but it seemed like it was a sensible preventative repair. That was a long wait. There was quite a waiting list for these Quaife CR gear kit’s and also some delay on having the case machined to accept it.

As mentioned earlier, I had heard good things about these shocks, and while I don’t think there was anything wrong with my Gaz Golds, I was assured it would transform the car.
So while waiting for the gearbox & diff to come back, I added these to the list.

Seeing as my car was going to be laid up for a while waiting on Nitron to manufacture & deliver, I figured I would also address an annoyance I have had for some time. The exhaust.

Specifically the mid section, that no matter how many times you try to adjust it, it would rattle as it fouled something.


Long story short, it was just not 100% the right shape. It had also been mentioned before on an MOT that it was venting in the mid-section.. so I set about doing it properly.
The exact measurements of what was needed were sent to ACT, and they custom made a new 3″ mid section, replacing the standard 2.5″ that was in place. 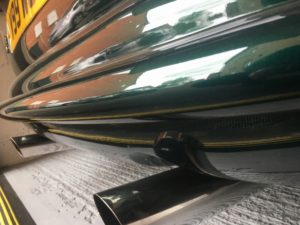 I also needed to replace the ACT Sports Tails, as in a prior attempt to stop the damn rattle, they had been welded to the mid section. So new mid-section & rear tails it was.
Of course, being custom made, there was a lead-time on those too.

The standard ratio, standard TVR gearbox you soon realise is quite rubbish, to be exact.. specifically the 1st gear. The 1st gear is so short that it’s really only good for pulling away a few feet, as you then find yourself eagerly wanting to get it into 2nd as soon as possible so you can get on with driving it.

To explain, when pulling away now, there is no rush to change up, in fact changing gear at 30mph is quite ok. 2nd, 3rd & 4th are closer than the standard, so you find yourself moving through those sooner. All of this means the acceleration is improved.

The Quaife gear kit is supposedly bomb-proof and with the straight-cut gears you do get a very slight whine, most noticeable at low speeds in 1st gear. I actually love it, it sounds like a quieter version of a super-charger.
At motorway speeds I had feared the gearing in 5th would be too close and the revs really high, but that’s not the case at all.
With the less than useful 1st gear and dodgy 5th gear time-bomb, it’s another head-scratcher as to why TVR didn’t just do this right to start with and go with a Quaife CR gear set.

So has it changed the driving experience?
It really has – I’m having to learn to drive it all over again. Changing down to 1st for a corner is at first counter-intuitive, but it just works.
The best part about it, thanks in part to a light-weight flywheel from Powers, and the huge amount of torque the engine provides anyway- you don’t need to drive it differently than before. (Short) shifting into 2nd at the same speed as before, works just as well as before. But now I have a choice, and it’s just so much more usable.

These really are night & day. My Gaz Golds were checked out and setup by Str8six, so I know they were ok- but these Nitrons.. oh man. Before, running over a cats-eye on the motorway caused your spine to jolt- not any more.
My favourite country lane route where I always wince when I know the rear will bounce trying to get traction due to the poor road – not any more.

The exhaust doesn’t rattle anymore, is perfectly aligned, and I could swear is a little throatier than before.